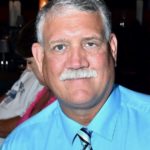 Mr. Schaefer graduated from Tarleton State University in Stephenville with his Master of Education degree in 1991 and continued his education at Lamar University in Beaumont where he received his principal and superintendent certificate.  Mr. Schaefer spent 32 years in education as a teacher, coach, athletic director, principal, director and superintendent. He was elected to the board as the treasurer in 2017 and was elected in 2019 to president elect.

Mr. Schaefer notes that “Success is an everyday event no matter how large or small it may be”, and he has strived for many years to open doors for those that are at a disadvantage or had little to no support.  Most recently Mr. Schaefer served as the Director of Alternative Education for the Mexia ISD where his campus entailed students that were from the Mexia State Supported Living Center, DAEP students, those at-risk of dropping out, and those that had special circumstances in their life.  “These students came from all walks of life and from all over the state of Texas and they just needed to have someone in their life who cared and gave them a chance to succeed, and that’s what my staff did everyday.”

Mr. Schaefer is married to his wonderful wife Mary who is a CTE teacher at Mexia high school. Together they have three children, Jonathon, Kristina, and Charles along with five grandchildren.  Mr. and Mrs. Schaefer enjoy spoiling their grandkids along with traveling, and cruising. 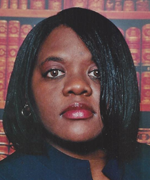 I am Dr. Lisa Rogers, educator and life-long learner. I’ve dedicated 18+ years to my passion and calling: education. I’ve been actively involved with TAAE for the past twelve years. Teaching is my calling and my passion and daily I strive to make a difference within the education community.
In the spirit of sharing, here are a few things about me:
I am a proud Baylor Bear BA English ’99.
Grand Canyon University MAT in ’03.
PhD in Educaiton Leadership from Capella University in 2007.
Special Education teacher with Groesbeck ISD at the Limestone County Juvenile Center
Online tutor for the past 3 years
Scorer and Trainer with Pearson and ETS for state assessments and national board certifications
Past conference presentations include: Internet Security, Communication, and Games for Teachers
Aside from teaching, I am a member of Delta Kappa Gamma and will serve as a local chapter president for the upcoming biennial.
I look forward to the upcoming conference in San Antonio and expect the event to be awesome and unforgettable. I am anxious to meet new acquaintances and rekindle prior conference friendships. If you have ever attended a conference, you already know that conference connections become lifelong friends. 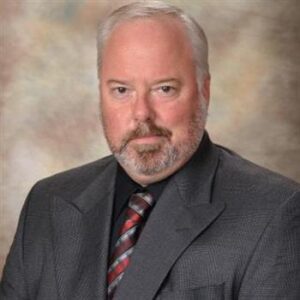 Bio to be added shortly 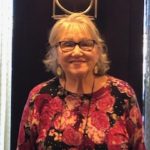 Dwana Finster graduated from University of Houston Victoria in 1977 with a Bachelor of Science in Elementary Education with Speech Certification.  She received her Master of Education in 1992 in Curriculum and Instruction and her Mid-Management Certification in 1994.  She has dedicated the last 39 years as an educator helping students and teachers find opportunities to grow.  She has spent all of these years in the district she attended as a student, Calhoun County ISD.  She was a teacher at Seadrift School for 17 years.  Then for four years she was Assistant Principal at JR Elementary, one year as Asst. Principal at Calhoun High School, and then for 13 years she was Principal at Seadrift School.  The last 4 years she has been the Principal at Hope High School, the AEC, as well as the DAEP campus for the district. She loves being able to make a difference with high school students by helping them see their potential as graduating students that are prepared for the real world.

Amanda Godfrey graduated from Sam Houston State University in May 1995 with her Bachelor's Degree in Academic Studies with a minor in Theatre Arts.  She began teaching at New Caney Intermediate School in the fall of 1996.  She then taught three years in Royal ISD at Royal Middle School.  She moved back home and started working in Bryan ISD.  She attended Texas A&M University and received her Master's Degree in Educational Administration in May 2004.  She has served Bryan ISD as a teacher, Social Studies District Coordinator,  and elementary assistant principal at several schools within the district for the last 19 years.  Amanda was given the opportunity five years ago to move to The Mary Catherine Harris School.   She currently serves as an assistant principal in charge of elementary and intermediate DAEP, campus testing coordinator for the alternative high school, all district DAEP programs, as well as, Brazos County Juvenile Detention Center.  Amanda will finish her 24th year in the education field which is the family business.
Amanda's personal goal everyday is to make a difference with a positive attitude.  She believes everyone deserves a chance and that we all make bad choices we must just learn from them. She works at building relationships with staff, students and their families.  Ms. Godfrey works daily to ensure her students and families have the resources they need.  She believes that her life is blessed and wants to give back to her community and guide others to as well.  She volunteers within her community and serves on the ELT for Relay for Life of Brazos County.  She has also worked to provide students opportunities to give back through service in food drives, collection of goods for disaster relief, and numerous other ways.  Ms. Godfrey's family and friends play a very important role in her life and she enjoys connecting with them. 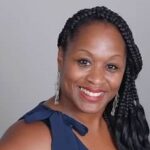 After earning her bachelor’s degree, Dr. Garner-Simmons worked as an alternative education teacher in Navasota, Texas, as an English teacher for one year.  It was at this time, she committed the remainder of her career to working with troubled youth.  Shortly afterwards, she became employed at the J.W. Hamilton State School (Texas Youth Commission) in Bryan, Texas, teaching high school and middle school student offenders.  She then spent six more years teaching in public schools in Houston, Texas before becoming an assistant principal of administration (servicing grades 6-12) at an alternative campus in Houston, Texas.  She then transitioned to her current position at Knippel Education Center in 2004, serving as an assistant principal of curriculum and instruction in Houston, Texas (servicing grades 3-12.)

In 2003, she completed her doctorate, where she continued her focus on behavioral challenges. During her doctoral research,  she investigated discipline challenges in schools as they related to instructional principles and campus relationships.  Five years later, in collaboration with her mother, Dr. Earnestine Garner, she co-authored a book titled, Fading Glory:  Contributing Factors to the Decline of America’s Public Schools (2008.)  Her mother, Dr. Earnestine Garner, also worked as a principal at an alternative school in Corpus Christi, Texas at the time the project was written.

In 2021, she published an article regarding her experiences as an administrator in Texas, entitled “Fighting the Good Fight.”  This article addresses her experiences, growth and reflection as a public school administrator in collaboration with voices from 49other states. As she continues to work with our nation's most challenging students, she understands that there are issues still preventing learning and successful living from taking place.  Dr. Kim Garner-Simmons’ philosophy by Dr. Kevin Maxwell sums up her mindset, “Our job is to teach the students we have.  Not the ones we would like to have.  Not the ones we used to have. Those who we have right now.  All of them.” 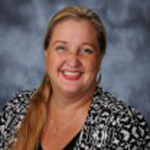 Janna McCollough has been a life-long educator. Starting as a child, she taught her toys! That love of teaching has followed her through her life. She graduated from the University of North Texas, where she taught Geology Labs to fellow college students. Her degree was in Elementary Education. Her first 8 years were spent with 5th, 7th, and 8th graders. Earning her Master's Degree from UNT, she was asked to serve as an assistant principal at Bowie High School in Arlington for 2 years. Having a heart for at-risk students she became the first assistant principal at Turning Point High School in Arlington, where she served for 6 years. She then accepted a position as the Principal of Crossroads High School and Right Turn Discipline Center in Burleson ISD where she has served for 11 years. Janna joined TAAE in the late 90's, where she also served as the President of the North Central Texas Association of Alternative Educators for 3 years. She served for 2 years on the TAAE Conference Committee. She is thrilled to have been elected to be the Treasurer of the TAAE. Her goal is to make our organization more visible and available to all AEP's, DAEP's, and JJAEP's so that we can support each other and share ideas that work with and for kids!